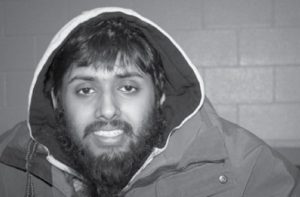 “We have learned of the disturbing news that a Canadian man, who travelled to Syria to join Jabhat al-Nusra – an al-Qaeda affiliate, is being released from prison less than two years after pleading guilty. Kevin Omar Mohamed is still believed to adhere a violent extremist ideology and is considered a “high risk to public safety”.

“This is an outrageous miscarriage of justice. It is unacceptable that a terrorist can freely walk the streets of our Canadian cities.

“A government’s highest priority is the safety and security of its citizens. Canadians cannot feel safe while this Liberal government shirks its responsibility to lock up terrorists who wish to do us harm. Once again, Canadians are paying for Justin Trudeau’s mistakes.

“Conservatives will continue to push for reforms to stop dangerous individuals like this from receiving parole.”