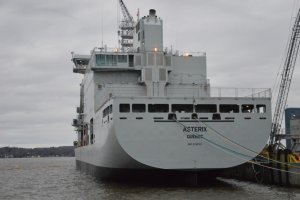 “After interfering to prevent Davie from getting the contract for the Astérix supply ship, ordering an RCMP inquiry and tarnishing the reputation of Vice-Admiral Mark Norman, a highly respected naval officer, the Liberals are now desperately trying to turn things around by making an announcement today.

“It’s too little, too late. Justin Trudeau’s Liberals want us to forget their mess that could have deprived nearly 1,000 workers in the region of quality jobs. Minister Garneau and Minister Duclos should be ashamed of trying to sabotage a contract – that had been approved by our previous Conservative government – to please their Liberal friends, while hiding their attempt to interfere in another criminal prosecution from Canadians.

“If Garneau and Duclos had any respect for Quebecers and Canadians, they would do the right thing today and apologize to the Davie shipyard for having tried to prevent them from getting the contract, and would apologize on behalf of the Prime Minister – since he seems unable to do so – to Vice-Admiral Mark Norman for the treatment he has received over the past two years.

“Let’s remember that thanks to their expertise, the Davie shipyard was able to complete the Astérix on time and on budget. This ship in now the pride of the Canadian Navy, performing more than a hundred supply operations with approximately 20 allied countries.

“Not only is Justin Trudeau accountable for this outrageous attempt to politically interfere in another criminal prosecution, but he must immediately award the conversion contract for the second supply ship, Obélix, to the Davie shipyard, as we have been calling on them to do for months. The Davie shipyard deserves better than being used for political purposes by a government trying to do damage control. ”