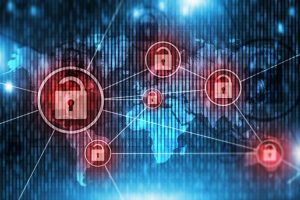 Cyberattacks against medical research facilities were recently reported in Canada. These attacks are part of a broad and troubling trend around the world where hospitals, medical research labs and other critical infrastructure, such as airports, and government agencies, have been targeted by sophisticated cyber threats looking to take advantage of the COVID-19 pandemic.

“Organizations such as the Department of Homeland Security and UK’s National Cyber Security Centre (NCSC) have alerted government institutions, including medical research centers and hospital networks, of the growing wave of cyberattacks. In March, the Canadian Centre for Cyber Security (CCCS) branch of the Communications Security Establishment issued an alert regarding cyber threats to Canadian health organizations. I am calling on the Canadian government to heed the warnings of our intelligence professionals and strengthen the measures protecting our federal institutions, including our healthcare facilities from espionage and cyberattacks. Canadians need to know that they are safe and that critical infrastructure is protected,” said MP Paul-Hus.

Conservatives are also calling on the Minister of Public Safety and Emergency Preparedness to increase support and resources in order to maximize the capacity of the Canadian Anti-Fraud Centre (CAFC) which collects information on fraud and identity theft. The CAFC has issued a bulletin alert regarding an increase in fraudulent scams by texts and emails. Unfortunately, the CAFC, which is jointly managed by the Royal Canadian Mounted Police, the Competition Bureau Canada, and the Ontario Provincial Police is currently operating at reduced capacity.

“We expect the Minister to report back to Canadians and provide an update on this issue as soon as possible. Any attack on our critical infrastructure, including those that are state-sponsored, pose a serious threat to Canadians, and our country requires the appropriate countermeasures necessary to immediately respond,” added MP Alleslev.