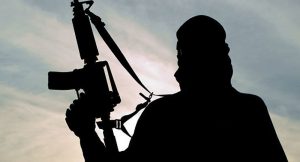 OTTAWA, ON – Hon. Michelle Rempel, Shadow Minister for Immigration, Refugees and Citizenship, and Pierre Paul-Hus, Shadow Minister for Public Safety and Emergency Preparedness, issued a statement following recent reports that an alleged ISIS terrorist has been in Canada awaiting an asylum hearing for 4 years and has yet to be charged for his crimes:

“This is another example of the Liberal government failing to take action against ISIS. The fact that this man is walking freely in Canada is not only a danger to public safety, but it is an insult to the victims of ISIS who have undergone genocide, sexual slavery, and other unspeakable horrors.

“It is totally inappropriate that the information about this man’s alleged terrorist activity has only been discovered through an immigration hearing, and not in a court of law. According to reports, this individual still has not been charged, despite the Refugee Appeal Division of the Immigration and Refugee Board finding that he was complicit in crimes against humanity.

“The Liberals have failed to provide a credible plan for charging returning terrorists despite our continued calls for them to do so. Instead, Trudeau is in the midst of passing bill C-59, which takes away the already limited tools of our security services to keep Canadians safe.

“This government continues to fail to keep Canadians safe and fails to stand up for victims of genocide. Canada’s Conservatives will keep holding this government to account and demand immediate action.”